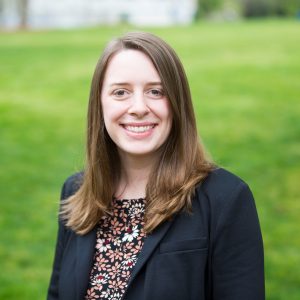 I am a tenure-track Assistant Professor of English at Northeastern State University in Broken Arrow, Oklahoma. I teach a range of introductory courses, including the British literature surveys, introduction to women’s and gender studies, and history of the English language. At the upper-division and master’s level, I offer special topics courses in medieval and early modern British and European literature, gender and sexuality, and the global Middle Ages. On this website, you will find pages about my teaching and research, including courses I have designed, my materially-engaged pedagogy, my work on several digital editions of medieval manuscript rolls, and announcements about upcoming conference sessions and other news.

Based on primary manuscript research at the British Library, Bodleian Library, National Library of Wales, and special collections libraries in the U.S., my publications focus on book history and material culture, religious literature, and gender studies. My articles have appeared in New Medieval Literatures, the Journal of Medieval Religious Cultures, Medieval Feminist Forum, Medieval Sermon Studies, Notes & Queries, and Pedagogy.  With Michelle M. Sauer, I am currently editing a new Companion to Sexuality in the Medieval West (expected 2024), which should become one of the standard volumes on gender and sexuality in the premodern world. We also co-edited a special issue of The Journal of Early Middle English (3.1, Spring 2021) on reclusion and materiality, which is now (Oct. 2021) being published as The Materiality of Middle English Anchoritic Devotion, the first in Arc Humanities Press’s new Early Middle English Books series.

I currently have two book-length projects in progress. The first is a critical edition of and comprehensive introduction to a previously unstudied English Catholic manuscript of medieval female saints’ lives compiled in the seventeenth century, perhaps by an English nun living on the Continent. My proposal for An Early Modern English Catholic Collection of Medieval Female Saints: A Critical Edition of Folger MS V.b.334 is currently under review by the editorial board of the Brepols series Medieval Women: Texts and Contexts. At the intersection of literary studies, book history, and the history of the emotions, my monograph—titled Tactile Affects: Materiality and Feeling in Medieval British Manuscripts—analyzes how manuscripts engage readers’ senses and emotions through materiality. As affective instruction, medieval religious literature evokes, scripts, and contains a range of emotions and associated physiological reactions (like penitence and tears) through experiences with real or imagined material objects.

Within medieval studies, I have organized many conference sessions and several conferences, including the 2018 meeting of the Medieval Academy of America at Emory and the 2012 conference “Preaching the Saints” at Harvard University. I previously served as an elected member of the advisory board for the Society for Medieval Feminist Scholarship. Outside of medieval studies, I am an advocate for higher education issues. Addressing the (ultimately defeated) graduate student tax proposal, I published op-eds in the Atlanta Journal-Constitution and MLAgrads (the website of Modern Language Association’s Committee on the Status of Graduate Students in the Profession), and I was featured in The New York Times. U.S. Rep. John Lewis (D-Ga) entered my Atlanta Journal-Constitution column into the Congressional record on November 16, 2017, as the House debated the proposed bill.

During 2018-2019, I was an Andrew W. Mellon Foundation Graduate Teaching Fellow in the Department of English at Agnes Scott College. I received my PhD in English from Emory University. My dissertation focused on Early Middle English religious literature (the Katherine Group), manuscripts, and the group’s reception history up to the present, including the influence of Sir Robert Cotton’s antiquarianism and J. R. R. Tolkien’s early scholarship. Before coming to Emory for my PhD, I received a master’s degree in Religion, Literature, and Culture from Harvard University, and I studied English Literature and Religious Studies at the University of Tennessee, Knoxville.